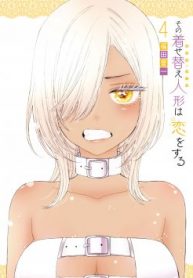 Wakana Gojou is a 15-year-old high school boy who was socially traumatized in the past due to his passions. That incident left a mark on him that made him into a social recluse. Until one day he had an encounter with Kitagawa who is a sociable gal and the complete opposite of him. They soon share their passions with one another which leads to their odd relationship.